Jerry Fox
President / CEO
Bish Creative
Jerry Fox is the President / CEO of Bish Creative Display, founded in 1955, Jerry has spent his entire career with BCD and is a 37-year veteran in the point of purchase advertising industry. Jerry continues to lead Bish Creative to its current position as a global leader in creative in-store merchandising and marketing, he challenges himself and his team to continue to make their mark on being the leader in design, development, creation, and innovation of award-winning merchandising programs from temporary, semi-permanent and permanent displays to complete store-within-in-a-store concepts.
Jerry is the current President and past Treasurer of PAVE, has served on the POPAI Board, and has served as Treasurer and Director on the Shop! Board of Directors for 6 years. He was co-chair for the East Coast Pop-Up Gallery, a judge for the West Coast Pop-Up Gallery and an OMA and Display of the Year Judge at Global Shop for the last 10 years. In 2017 he was selected to be a speaker at the international conference “POSitive-2017” held in Moscow, Russia. Jerry recently spoke at EuroShop 2020 in Dusseldorf, Germany and was recently inducted into the 2018 Shop! Hall of Fame.
Jerry’s vast community contributions includes serving on the Board of Carmel Catholic high school where his two children attended. He also started an elite travel baseball program in his local community that has grown to 30 teams and has included an estimated 3,000 young athletes over the last 19 years, titled the Lake County Lightning and Illinois Lightning. The Lake County Lightning also recently launched a successful girls softball program to compliment the organization.

When Jerry is not involved in business relations or volunteering his time, he is enjoying his life with his wife of 34 years and their two children. He is a diehard Cubs fan and during the summer season, you can find him at Wrigley Field, cheering on his World Champion Chicago Cubs.
Breakout 2: Inspiring the Design Leaders of Tomorrow 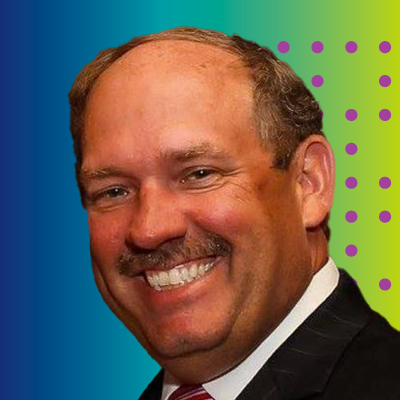